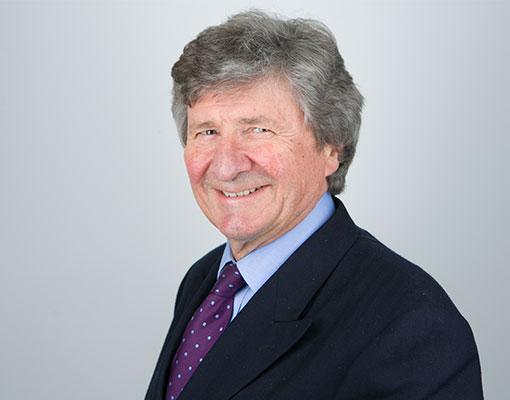 “…sensible, thoughtful and finally managed to broker an agreement when initially the parties were poles apart… He is uniquely qualified to be a mediator. He is dedicated, organised, experienced and proficient.”

Kevin Smyth is a retired solicitor having formerly been a Director, Senior Partner and Head of Litigation of his firm. Since 1st May 2016 he has been a full time practising mediator with over 20 years’ experience. He has conducted over 100 mediations in cases relating to wide variety of disputes and industries, more than 80% of which have resulted in a settlement being reached on or soon after the mediation day. Kevin was first appointed to the Panel of Mediators for the Court of Appeal Mediation Scheme in October 2003 and he continues to be a member of it. In April 2021 Kevin was made a Fellow of the Civil Mediation Council.

As a legal representative in mediations, Kevin has been involved in cases concerning, franchising, life insurance, race discrimination, professional negligence, employment, contentious probate, Court of Protection and many different types of commercial disputes.

Kevin was admitted as a Solicitor in 1973 and until April 2016 practised solely as a civil litigation lawyer. For much of that time he did so in the clinical negligence and personal injury arenas. In the case of the former, he successfully prosecuted three claims that resulted in awards of damages in exceeding of £3 million. Kevin is also a highly experienced practitioner of independent chairing in the public and private sectors. He has chaired numerous appeal hearings too of the Legal Aid Agency’s National Special Review Controls Panel as well as its Funding Review Committees. He has also chaired meetings related to employment and workplace issues and was the Chairman of the Board of Governors of a well-known large independent secondary school for six years.