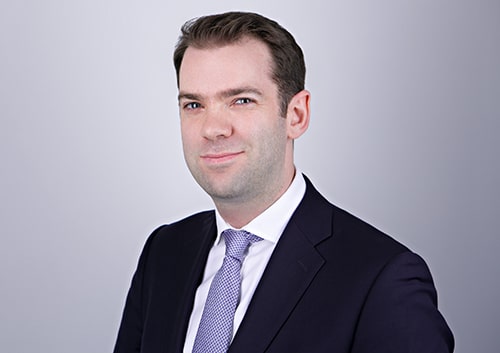 Frederick is Head of the CEDR Foundation. He is also an ADR consultant, CEDR-accredited mediator and trainer.

The CEDR Foundation is CEDR’s charitable, research and thought leadership arm. As Head of the Foundation, Frederick leads on all Foundation projects, membership and engagement and is responsible for the Foundation’s strategy and external communication.

Foundation Projects which Frederick has worked on include: leading on the CEDR New Dialogues project for emerging leaders; developing a training programme for Board members of emerging economies about Corporate Governance disputes; improving international standards for ADR training; and working on methods of improving the use of ADR skills for young and emerging leaders. In 2015, following work carried out on reforming the Public Inquiry process, Frederick co-wrote CEDR’s book “Setting up and Running a Public Inquiry: Guidance for Chairs & Commissioning Bodies” with Dr Karl Mackie CBE, Chief Executive of CEDR

Frederick also works as a CEDR mediator, joining the CEDR panel in 2014. He regularly mediates on civil and commercial cases, as well as mentoring new mediators on conciliations.

Frederick is a trainer in negotiation skills, conflict management, law for non-lawyers, and mediation advocacy skills trainers for lawyers. He also regularly speaks on behalf of CEDR at conferences and seminars and contributes to blogs, journals and writing.

Frederick originally read English at the University of Cambridge before completing an MA in American Studies at King’s College London. He then converted to the law and was called as a barrister at Middle Temple in 2012.

Prior to joining CEDR full-time in June 2013, Frederick worked as the Cases Manager for TWG Ltd, a company providing medico-legal support to doctors on specialist schemes facing litigation, and as a Duty Adviser at Willesden County Court where he defended clients facing home repossession hearings.

Frederick is a trustee for Access All Areas, a performance arts theatre charity for adults with learning disabilities based in Hackney.