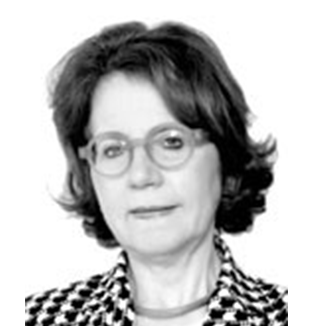 Dr Ioanna Anastasopoulou is a lawyer and accredited mediator by CEDR and the Greek Ministry of Justice. She is one of the first accredited mediators and mediation trainers in Greece and has actively promoted alternative dispute resolution as a founding member and President of the Hellenic Mediation and Arbitration Centre. She participated in the ad-hoc Committee of the Ministry of Justice entrusted with the implementation in Greece of the EU Mediation Directive.

In her career as a mediator, Ioanna has facilitated cases pertaining to inheritance, commercial and contract disputes, as well as workplace conflict, post-divorce custody and asset division arrangements. In addition, Ioanna is on the mediation panel of the China Council for the Promotion of International Trade (CCPIT) and has successfully mediated cases between Greek and Chinese enterprises.

During her sessions, Ioanna is focused in showing empathy, impartiality and resilience while aiming for the best outcome possible for the parties involved. She believes that the mediation process has a positive effect on relations (business or otherwise) between parties, and strives for their post-conflict maintenance.