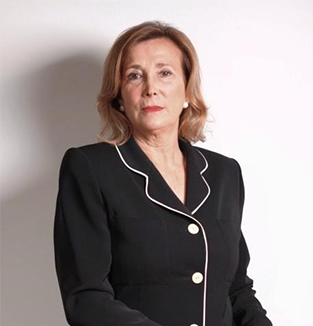 “As the owner of a business, located in a central commercial street, I participated in a complex mediation process regarding the renewal of the lease. The experience did not end in an agreement, but both the organisation of the sessions, their content and the conduct of them by the mediator helped us to have another perspective of the problem from the point of view of the conflict and its implications on the business.” – JMG. Entrepreneur

She has lived the development of the world of mediation in Spain for 20 years and from the perspective of law and the judiciary. She has had the opportunity to learn in situ about the application of ADR in the Anglo-Saxon world (UK, USA, Canada) and in Latin America (Mexico, Colombia, Peru, Chile and Argentina).

This knowledge together with her mathematical training, her experience as an ICT consultant, in skills training and as a professional coach have allowed her to have the methodology to train mediators, in the whole Spanish-speaking area, in more than 20 university centres in the last 10 years.

Regarding specific mediations, the most complex one was developed in the succession of a lease of commercial premises in a Spanish city. Most of the mediations have been carried out in the working world in management conflicts, in the private sphere.